The Broome Soccer Association (BSA) has been organising the beautiful game in Broome for 27 years. We are a strong and vibrant association that runs programs throughout the year enabling players of both sexes and all ages to enjoy the sport. We are 100% volunteer-run. There are around 100 adult members, 100 youth members (11-16), and 300 junior members (under 11). We provide programs to all ages and in all formats of the sport including 5-aside, 7-aside, and full 11-aside matches. Over the years we have sent Broome representative teams to Perth and other WA towns. BSA is affiliated with Football West and offers a pathway for talented Broome players to go on to represent WA and beyond.
The BSA is raising money during 2022 to help pay for representative playing kits and new aluminium goals.

For 3-Days over this year’s June long weekend players aged from 8-18 from across the NW region will take part in the inaugural Northwest Soccer Tournament. The event will be held in Broome and will see Broome representative teams take on the best players in the region from towns including Karratha, Kununurra, Port Hedland and Newman. Jointly hosted by Football West and Broome Soccer Association at BRAC, the event will be one of Broome’s biggest ever sporting occasions, attended by many hundreds of players, parents and volunteers from Broome, the Kimberley and the Pilbara.

Available to one business only. Includes:

To find out more or to book your sponsorship, please email our club president, Tom Hulse at president@broomesoccer.com. 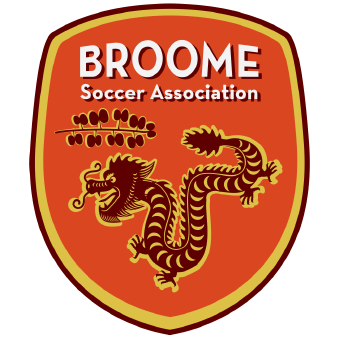